YOUR ORTHODONTIST IN HOUSTON, TX 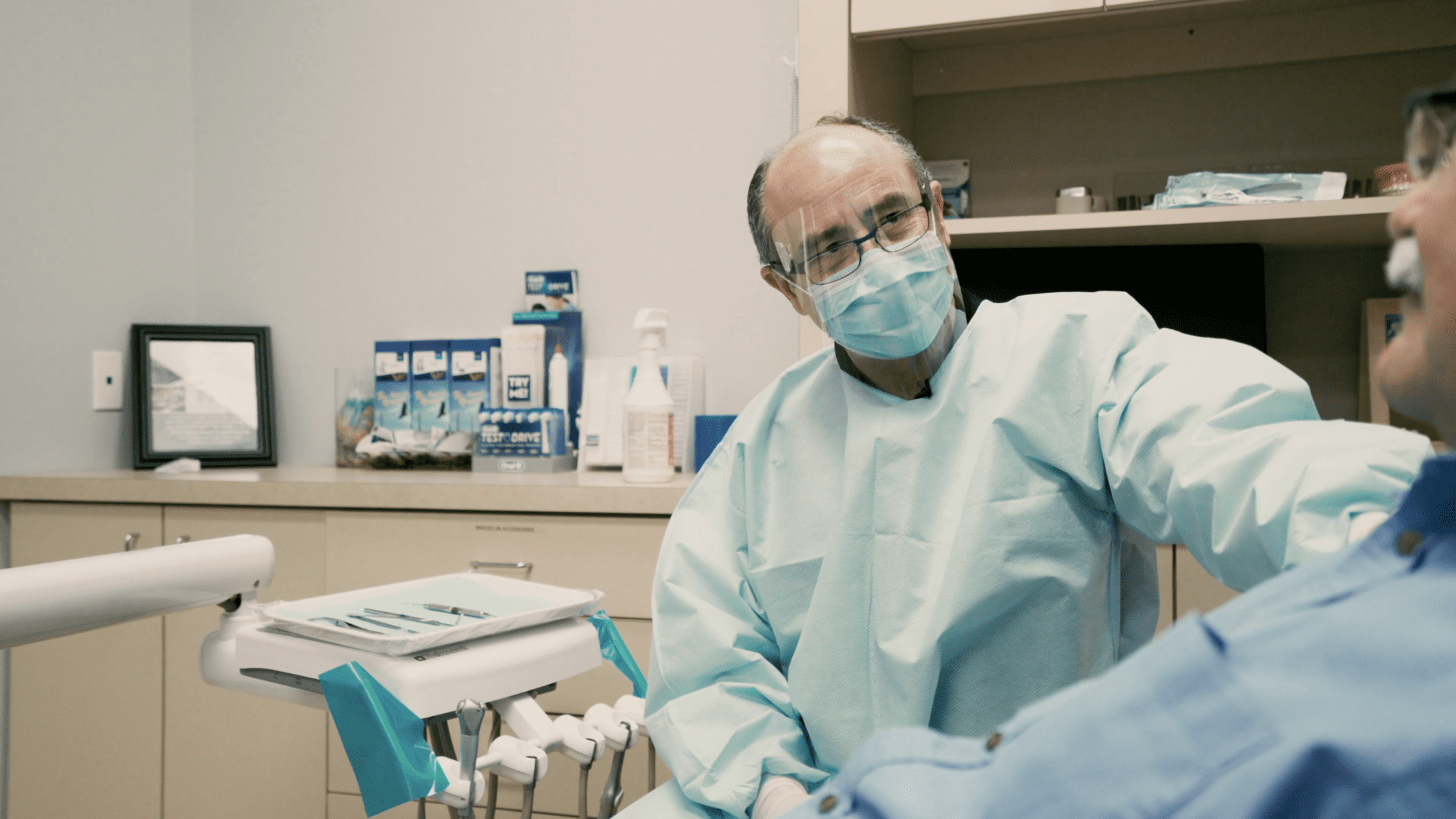 Are you or your child looking for an orthodontist in Houston due to having unsightly gaps or misaligned teeth? At Antoine Dental Center, we provide orthodontic treatment to patients including adolescents, teens, and even adults! Orthodontic treatment is designed to eliminate misalignments and create a comfortable bite so that you can more easily bite, chew and speak. However, orthodontic treatments can also be used to create an attractive smile, which can improve your confidence.

Most children should have a complete orthodontic evaluation by the time they are seven. This gives our orthodontics specialist in Houston an opportunity to make recommendations that can prevent future dental problems. However, age does not need to be a barrier to effective treatment options, and we welcome patients of all ages to our office. For all of your orthodontic needs, visit us at Antoine Dental Center.

Don’t continue living with misaligned and crooked teeth, contact our dental office in Houston today to schedule an appointment for our orthodontic treatment. We look forward to helping you achieve the smile you’ve always dreamed of! (713) 691-8880.

Invisalign, the most popular type of clear braces aligners, has a reputation for giving patients straight teeth in a discreet way. However, many patients do not initially realize that this treatment also comes with several other advantages. Here is a look at what Invisalign does for patients, who can get Invisalign, and how our Houston Invisalign dentist provides this treatment.

Incognito braces are a newer type of lingual orthodontics developed by technology leader 3M. As its name suggests, Incognito lets patients have their teeth straightened without anyone being able to tell. The patented brackets are not visible when used in the back of the top teeth, and other people are unlikely to see Incognito brackets behind the bottom teeth. 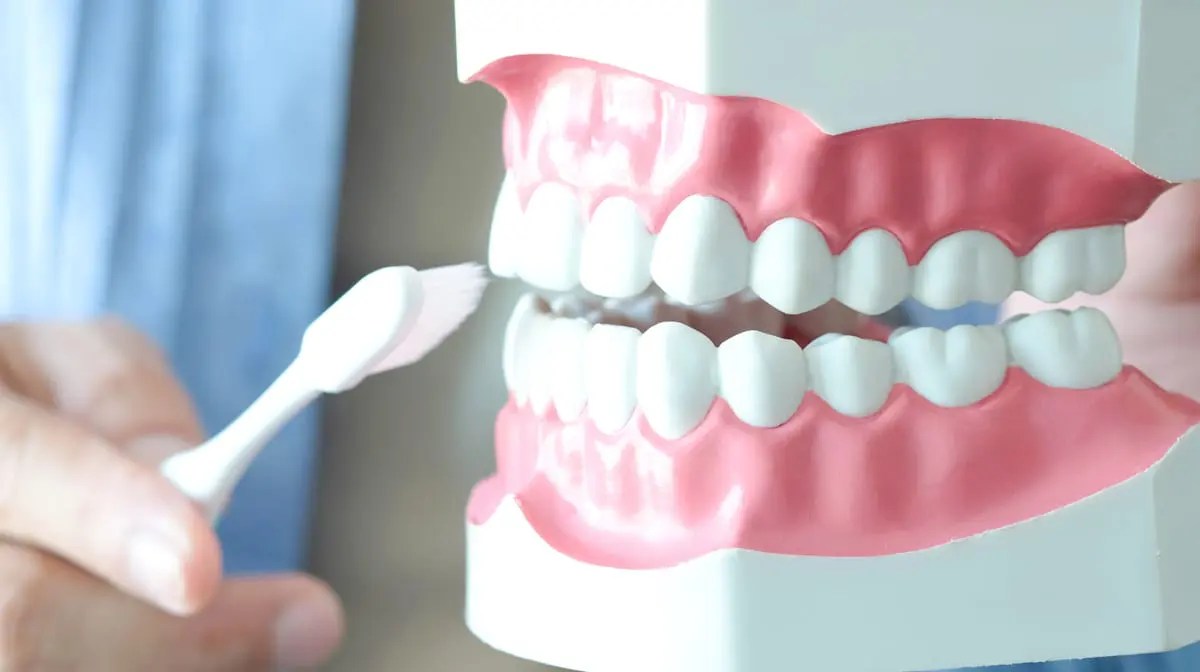 Propel Orthodontics is the maker of the Propel System, which involves using a patented instrument to reduce orthodontic treatment time by fifty to sixty percent or more. Like Wilckodontics, Propel works by modifying the bone around the teeth so that the braces can move the teeth more easily. Unlike Wilckodontics, however, Propel achieves this without the need for surgery.

Why Do I Need To Straighten My Teeth?

Straightening your teeth is important for many reasons. If you do not straighten your teeth, you will be at a higher risk for developing a host of oral health problems, including: cavities or tooth decay, gum disease, tooth loss, jaw problems, enamel loss, difficulty in chewing properly, and difficulty in speaking clearly. Straighter teeth can also help you feel more confident in your appearance with a more confident smile.

Why Are My Teeth Not Straight?

There are many reasons why your teeth may not be straight. The most common reasons are hereditary traits as well as developmental influences. You can inherit problems such as crowded teeth, crooked teeth and even jaw irregularities. Certain actions, such as excessive thumb sucking or losing baby teeth prematurely, can cause crowding and crookedness.

How Much Will Braces Cost?

The cost for getting braces will depend on a number of factors, including the type of braces you get, the complexity of the procedure, how much your insurance will cover, and so on.

The average cost for the most common types of braces are:

Your insurance may or may not cover some or potentially even all of your procedures, so you should consult with your dental health team and insurance to find out more. We also offer low monthly payments for braces. Call your orthodontist in Houston  at 713-691-8880 to learn more.

How Long Will I Wear Them?

The average length of time that most people need to wear their braces is 24 months, though it can range from 18 months to 30 months. The length of time you need to wear braces will depend on how severe the problem is, your age and current oral health, how well the treatment plan works for you, and how well you stick to the rules/limitations of the plan.

How Should I Take Care Of My Braces?

It’s essential that you take care of your braces properly in order to keep them from becoming damaged and to help ensure that they work as effectively as possible for you. You will need to brush, floss and rinse with an antiseptic rinse after every meal. You will also need to avoid any foods which you shouldn’t eat with braces, including: hard foods, crunchy foods, sticky foods and foods you have to bite into such as whole apples.

Are There Any Other Ways I Can Treat My Crooked Teeth?

Am I Too Old for Braces?

There is technically no such thing as being “too old” for braces. In general, dentists recommend that children between the ages of 10 and 14 receive braces as this is the stage when their permanent teeth are erupting, so they can be more easily guided into the correct straight shape. However, teenagers and adults can still benefit from braces treatments. Call your orthodontist in Houston at 713-691-8880 to schedule an appointment.

What Are Phrase I and Phase II Treatments?

Dentists refer to patients who receive early braces treatment (between the ages of 7 and 10) as receiving “Phase I” treatment. Phase I treatment is an early intervention treatment which is typically done in patients who will likely need to receive braces treatment in the future. Phase I helps correct certain structural problems that will make Phase II—the braces phase—more effective. Certain structural problems that can be resolved in Phase I include correcting severe underbites/overbites, narrow jaws, and so on. Another aspect of early intervention treatment is addressing habits such as sucking thumbs, speech problems, and so on, which can all cause a greater need for braces later on.

In between Phase I and Phase II, patients will typically wear some type of retainer in order to prevent their progress from backsliding.

Phase II treatment is braces or as it is sometimes called, “active treatment.”

Should I Really Get Braces As An Adult?

This will really depend on you. Adults can still benefit from braces and in fact, around 20% of patients who receive braces are over the age of 18. Braces can correct your crooked teeth and improve your tooth appearance and serious structural problems in your mouth, no matter your age.

Are Braces Today As Bad As They Used To Be?

When most people think of braces, their minds go to the cumbersome, heavy metal braces of their childhood—but braces have come a long way since then. Today, braces are much less painful, much less noticeable, and a lot more effective in a shorter amount of time. You can even get clear braces or look for options such as Invisalign.

When Should Teens See An Orthodontist?

It is recommended by the AAO (American Association of Orthodontists) that children are seen by an orthodontist by 7 years old. At the age of 7, children already have a combination of baby and adult teeth, and orthodontists will be able to spot many potential problems early with an early consultation.

Why Is Early Intervention Important For Orthodontic Problems?

In general, it is better to begin solving orthodontic problems when they are small rather than waiting for treatment until those problems have become more significant. Early intervention can help make treatment for problems such as crowded teeth easier—and even less expensive—down the road.

It is typically the parents who are most concerned about the orthodontic state of their children’s mouths. However, as children get older, they become more receptive to orthodontic treatment as a way to improve their self-esteem.

What Are The Most Common Questions Asked By Teen Patients?

Teen patients will typically be interested in the following concerns:

Teens want to know how braces will impact their lives and what they can expect from getting braces. It is important for teens to understand the importance of proper treatment, including how long it may take, so that they will be compliant with their treatment regimen.

Yes. There are options for colored brackets which are more pleasant to look at than standard brackets; and depending on their particular case, teen patients may also be eligible for clear options such as Invisalign.

Happy holidays Houston! Welcome back to ongoing dental health blog of the Antoine Dental Center. We hope the holidays are a time of joy for you,...

We Are Open And Ready To See You

There is a new normal after we open. Before arriving to your dental appointment, please complete this patient screening form required by law.

Make sure you also visit this link to learn about the changes we have made to keep you safe. Contact the office if you experience COVID-19 symptoms within 14 days after the dental appointment.